The report displays as a series of tiles:

The effective processing rate is the percentage of donation revenue that your nonprofit is actually paying. Since Facebook covers processing fees for all donations made on Facebook, this gives you an idea of how much your nonprofit saves with our free Facebook Fundraiser integration.

To view this report, go to Race Dashboard>>Donations/Fundraising>>Facebook Fundraisers>>Enabled Fundraisers. This report displays a list of all your fundraisers who are using Facebook. You can search for a certain person, sort by dates, or display only fundraisers who have raised a certain amount using the search fields at the top:

Below, you can view a list of fundraisers with their information. This includes their total amount raised on Facebook and total amount on RunSignup:

To view this report, go to Race Dashboard>>Donations/Fundraising>>Facebook Fundraisers>>Facebook Fundraiser Donations. This report shows all Facebook donations made to your race's connected fundraisers. You can search at the top for date ranges, donation minimums and maximums, and the Facebook Donation ID in order to find a specific donation:

This report shows not only the date and time that the Facebook donation was made, but also the Facebook Donation ID. This gives your team another field that can be used for reconciliation and allocation of Facebook donations. You can easily download the report as a CSV, and use hyperlinks to immediately access any individual’s fundraising page on RunSignup and Facebook. 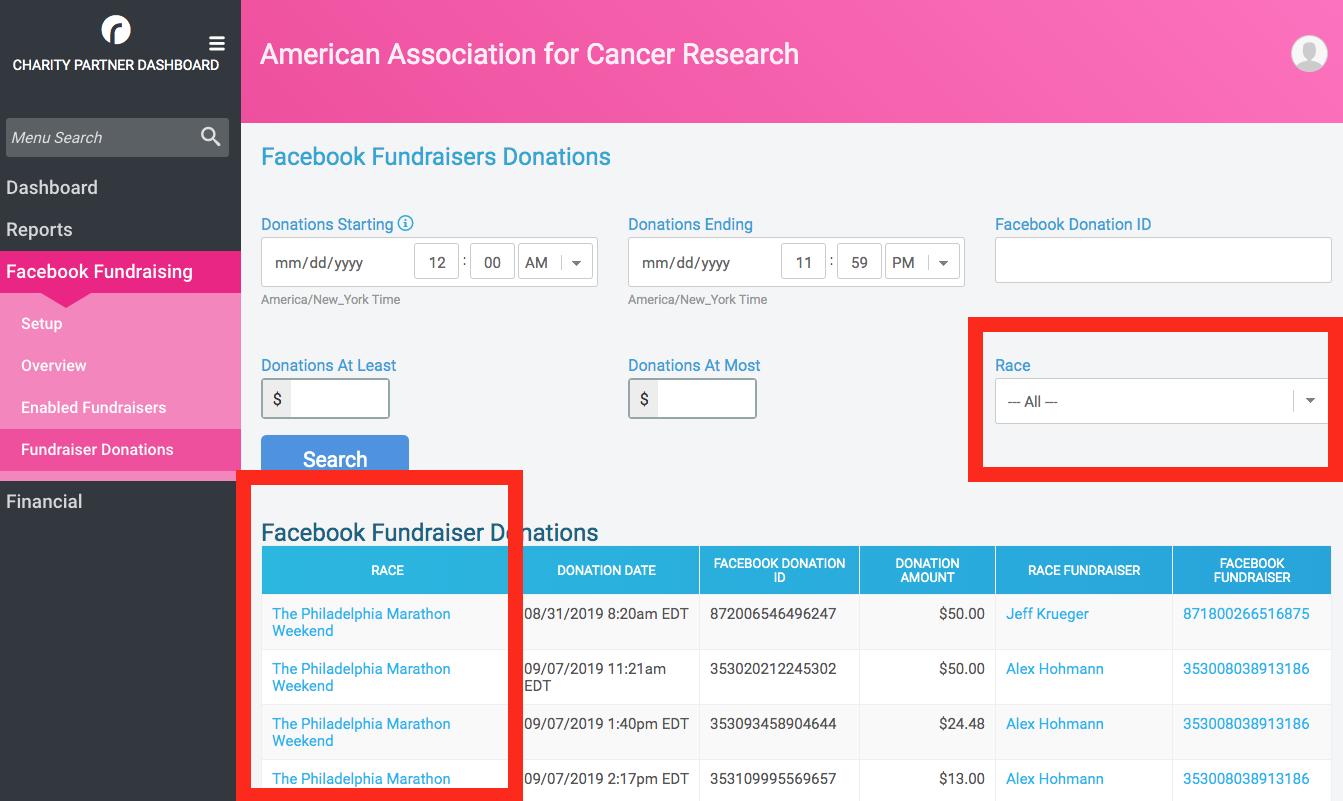 Articles in this folder -